Tibet has a rich history and has been a great influence on many cultures. Many people have sought counsel and benefited from adopting the set beliefs and standards of the Tibetans. The history of Tibet began before 100 BC; the people were simple farmers and herders. Advancement and their keen knowledge of implementing things for a better and simpler life led them to perfecting land irrigation, which allowed them to grow rice and barley. The main root of Tibet’s existence is centered on their religious beliefs. Their religion has evolved over centuries into what is known today as Buddhism. 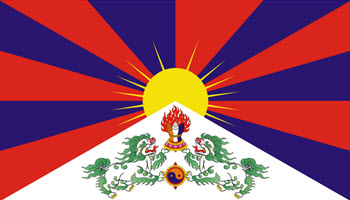 Religions of Tibet over Centuries

Bon was the first religion of Tibet. It was a shamanistic practicing religion based on good and bad spirits and the believers would communicate with these spirits looking for guidance. The Tibetans believed in the influence of interpreters and intermediaries between the spirit and the natural world. Buddhism was introduced to Tibet in the 8th Century and was incorporated into the Bon religion making it a fuller religion. However, like many religions and their evolution, there came with it resistance. Buddhism was resisted causing tribal segregation. It was more cemented in the late 10th Century as the main religious practice. Monasteries and temples were built in Tibet and Rinchen Zangpo was instrumental in this feat. The teachings of Buddhism were led by Atisha, an Indian Monk during that era.

Over centuries, the Dalai Lama has seen many successors who were chosen by virtue of birth and the belief of reincarnation. His governing and maintaining the true Tibetan culture and religious beliefs has been the cause of many wars. Since the first invasion of the Mongols in the 13th Century, there have been successive invasions from China, Britain, as well as military aid from the United States. Britain never wanted to rule Tibet even though they were the controlling government in India; the fear of Tibet being taken over by Russia caused this diplomatic move.

Britain’s’ invasion of Tibet in the 20th Century further caused China to feel very uneasy that Britain may want to have a major influence over Tibet. As a result of this belief, China invaded Tibet in 1909. During this unrest, Britain designed the Simla Convention Treaty with China; Tibet was divided into two territories – Inner Tibet and Outer Tibet. Outer Tibet was ruled by the Dalai Lama while limited control of Inner Tibet was given to China. The Simla Convention Treaty was not to the liking of either country, and China invaded Tibet again in 1918 but was not successful.

Throughout the centuries, other countries wanted to control Tibet but it remained a sovereign nation maintaining its cultural and religious beliefs. It is notable that Tibet was a feuding society because of classism. The rich plantation owners and monastery officials were lords over the less fortunate. This was classified as a serfdom culture. China abolished this practice in 1965 after they gained control of Tibet in 1951. In 1959, Tibet revolted against the Chinese control and the Dalai Lama fled to India after the revolt failed. The abolition of serfdom in 1965 gained Tibet the right to be a self-governing nation.

Tibet remains a private and close-knit culture and country. Visitors to the country are limited and this practice still continues today. This was encouraged by Britain and China during the years 1904 – 1920. Between the years 1920 – 1950, only a telegraph officer was allowed into Tibet as well as 90 Europeans who were British and Japanese diplomats. Today China is still the overlord of Tibet, which the current Dalai Lama continues to peacefully protest.